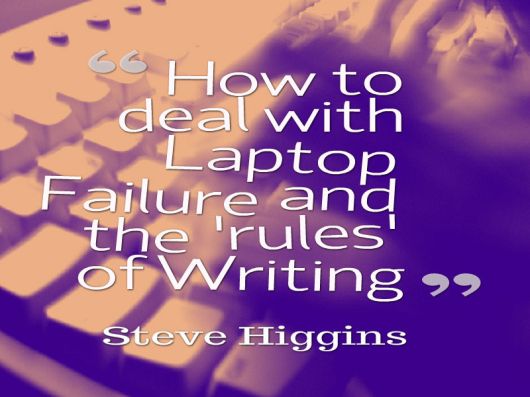 Take a look at the picture just below. Not a particularly outstanding picture I know but that house is the one where I grew up. I took the picture a while ago after a sort of nostalgic drive around the old neighbourhood. Yes, the house with the white door, thats my old home. It’s changed a bit since I lived there. The privet hedge has gone and the car space is new. One amazing thing I found out on that visit is that the walk to my old junior school, which seemed to be a heck of a walk as I remember it; surely at least a thirty minute walk, was actually more of a ten minute walk: Well, it was a long time since I walked to my junior school. I stopped in the road, took my picture, thought for a moment as a thousand memories crowded my mind, then drove off. 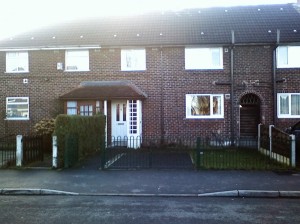 Those memories and other ones always come back every time I look at that picture. I happened to be looking at it because my new laptop finally arrived and all my files had been moved over by the guys in the computer shop and I was just checking through them. It’s been over a week since my trusty old laptop overheated and expired and I’ve missed it. I’ve not been separated from my e-mails because I have a tablet, actually a Blackberry Playbook which is good but there’s a lot I just can’t do on a pad. Writing is difficult; in fact, it’s not unlike writing a text on a mobile phone and there’s no way I could write a blog post using it.

It was quite a shock, my laptop failing as most of my digital life is stored there. Luckily I have a portable drive on which I store my files although I mostly save completed works; fully edited videos, fully written blogs, that sort of thing. The half-finished ones, and believe me I have plenty; half-finished scripts, fragments of poems, ideas for blog posts; they were all there on the hard drive of that old laptop.

I felt a little like Carrie in Sex and the City. Remember that episode when Carrie’s laptop –an apple mac actually- conks out? Her boyfriend Aiden vainly hits the control alt and delete keys and makes things worse and Carrie, a writer with a column in a New York newspaper had lost all her work. Now I know how she felt.

Just looking at the clip above brought it all back. I was just as wound up as Carrie. My laptop couldn’t be repaired but not long ago I’d picked up a laptop that had a broken screen at a car boot sale. It was a sort of impulse buy but at least the computer guys could fix it and transfer my data over. I’d had the other laptop four years and it lasted longer than my previous two laptops. Wonder how long laptop number four will last?

One more connection with that picture and it’s to do with writing. Creative writing. I subscribe to a lot of blogs and groups and on Facebook there’s this writer’s group I’m a member of and members are always, naturally, posting stuff about writing. One post I read recently was ‘never start a novel off with the beginning of a day.’ Why the heck not I thought? It seems to me a pretty normal way to start a novel: The hero wakes up and the writer describes the surroundings and introduces the characters naturally as we meet them and so on. In fact, my novel, Floating In Space, starts off in exactly that way with my main character, Stuart Hill, waking up and getting ready for work.

Another thing you see on this writers’ page are graphics. You’ve probably seen the sort of thing I mean all over the internet. This particular one was about rules of writing. Rules? What rules? Well it said that if you’re describing something, some incident, your description shouldn’t last longer than the actual event! Now that just sounds bonkers to me on a whole lot of levels. Where did the writer get that information? Who decided on that ‘rule’? The only rules that I stick to as a writer are the rules of grammar, and believe me, a lot of the time, either accidentally or on purpose, I bend those rules too! One more thing; did Dickens and F Scott Fitzgerald and Hemingway and all the other great authors adhere to these ‘rules’? Did they even know about them? I doubt it!

Anyway, I decided to comment on this graphic. I said that it didn’t matter whether the real event was long or short-lived, it’s the importance of the event to the narrative that matters, and that all depends on the author. The person who posted the item replied by adding a comment that included a link to a police report that showed that when shocking events happen, people don’t always take much in. Anyway, what that meant I don’t know so I added another comment about how the writer should take control of the reader and make events either important or unimportant depending entirely on his vision of the novel.

Straight away another comment came back at me saying it was the reader in charge, not the writer. Well, of course the reader is in charge as to whether he reads your book or not, but as soon as he does decide to read, it’s the author who is in control, it’s the author who shows the reader what he wants to show him, hides what he wants to hide, and reveals in whatever way he wants, whatever he wants to reveal. Anyway this annoyed the other guy no end and a sort of internet argument began. The sort of thing you’ve seen before probably. After a while I stepped back before things got nasty. I do hate those internet arguments you see in the comments section of posts and anyway, I’m convinced I am right and the other guy was a complete plonker. Tempted as I was to say that on the post, I’m happy to say I resisted!

That of course brings me back to the picture of my old home. The photo only took a moment to take but it’s nice to think about that house and all the happy times I had there. Not only that, my Grandma and Grandad lived there before us. They moved to Prestatyn in Wales and my Mum and Dad took over the house when they were first married. I could go on and on about that house: about how I learned to ride a two-wheeler bike just in front of it: About the soap box cart I made with my friends with some wood and parts of an old pram and how we careered through the streets with it. One time my friend Gary Chapman was given a set of walkie talkies by his dad for Christmas and he and I used to chat to each other at night as our houses were pretty close together. I could tell you much more but the thing is, if I did go on and on I’d go over my allotted time.

Dear me, can’t go breaking the writing rules can we?

If you liked this book, why not try my novel, Floating In Space, set in Manchester in 1977? Click the links at the top of the page for more information or click the image below to go straight to amazon. 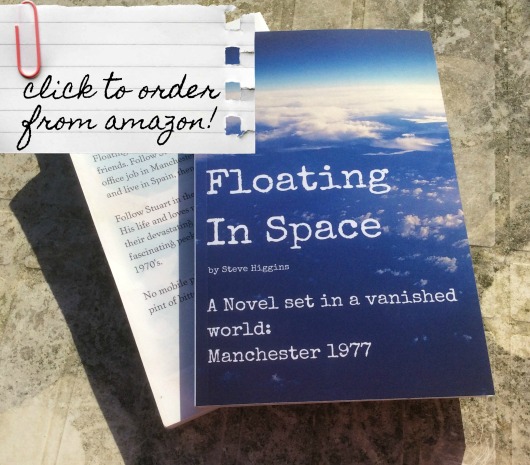