I actually really quite like supermarkets. Yes, really! Unusual perhaps for a man but I do like wandering about a good supermarket. It’s nice to go around the food section and plan a meal as I go around, choose some nice ingredients, some fresh vegetables and fresh bread and so on. Of course, I must first take a look round the other sections. 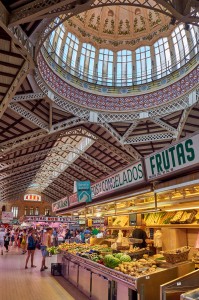 There is the book and magazine section which is an absolute must. Then perhaps over to the menswear section. To be fair, the menswear section does present a problem because what looks good on a shop dummy or on advertising images does not necessarily look good on me. An outfit that looks good on someone else might tend to make me look like Oliver Hardy after one of his rough and tumble adventures with his partner Stan Laurel.

Stan Laurel was English as you may know. He was a music hall performer and first went over to America with Charlie Chaplin on a tour for the famous Fred Karno. Karno regularly sent his comedy troupes across the Atlantic to the USA. Both Chaplin and Laurel stayed on in America and both made it to Hollywood and went on to star in the new movie business. Stan was signed by the Hal Roach Studios who teamed him with Oliver Hardy. Stan was actually planning to concentrate on writing and directing in Hollywood but it was clear that the duo had a great comedy chemistry together so he continued as a performer although he contributed greatly towards the writing and direction of their films. A great blow to the duo came when they signed for 20th Century Fox who made it clear Stan could not contribute to the writing, directing or editing.

Chaplin was a very canny individual who thought his success might not last long so he began to demand not only the most enormous salaries but also some very lucrative deals which saw him owning the rights to all of his films and negatives. At the time in the early 20th century, films had a shelf life of about 3 to 4 weeks but later, in the TV age, Chaplin’s ownership of his films began to pay off handsomely. Perhaps Stan and Ollie could have done with some of Charlie’s business acumen because they made no such deals despite being one of the great comedy duos of all time.

After the death of Ollie in 1957, Stan lived out his life in humble surroundings in a small apartment in Hollywood and there, comedy actor Peter Sellers who was a great fan, sought him out and made friends. Peter used Stan as a model for one of his last film characters, that of Chancey Gardener in the film Being There.

Okay, getting back to the supermarket, after the menswear there is the music section and though CDs are a little old hat in this age of downloading and streaming I do like my CDs.

Moving on to the electronics section there is always some handy lead or connector that I need or might need, then finally I will make time to get in a few essentials like food.

The big problem in any supermarket for me is that no matter what, some strange force will unerringly guide me to the totally wrong till. Now, I won’t just jump onto any till. I will observe closely, check out the options and then choose the wrong one.

Here’s a for instance, yesterday at Asda. All the main tills were full of people with a huge trolley of goods, enough to last me about a month so I ignored those and went on down to the basket section. Two tills were open here, one with about four people ahead of me, the other with about ten. A no brainer I thought, go for the one with four people. I just managed to nip in before a crazy looking lady with a failed 1960’s style beehive hairdo. She waited behind me for a short while before bailing out in favour of aisle 2.

Now my usual tactic is not to unload any stuff until I am sure of the lie of the land but on this day I felt confident enough to do so. Big mistake. On till number 2, weird looking crazy beehive lady seemed to be moving forward at a fair old speed while my till wasn’t doing much. Strange because the four people in front of me had only a sparse collection of goods and in till number 2 each of their people had a good selection of items.

Shortly after, crazy beehive woman seemed to be pretty much on a par with me and moments later was actually ahead. That checkout girl in aisle 2 was certainly doing the business. Up at the front of aisle 1 my checkout lady was far too chatty but not only that, something seemed to be going on up there and our checkout girl called over the checkout girl from aisle 2 to assist.

This didn’t go down well with the people from aisle 2 and crazy beehive lady clearly wasn’t happy as she was now stalled only a matter of feet from the till and freedom. Over on my side there was a battle under way to remove the security tag from a bottle of spirits, possibly vodka, but sadly checkout lady 2 gave up and returned to her till while we waited for the manager to sort out the security tag.

I felt like saying come on, do you really need a bottle of vodka at 2 in the afternoon but I kept silent and moments later, crazy beehive woman was off although not before shooting me a victorious look which seemed to say ‘that’ll teach you to nip in front of me at the checkout!’

Eventually, our till got sorted, the vodka bottle was freed up for sale and we moved on. Just as the lady in front of me got to the checkout she exclaimed, ‘I’ve forgotten the milk, can I just nip back for one?’

If she had asked me I would have declined but our checkout lady clearly thought we were happy standing there while the entire day ebbed away before us.

The lady shot off to get a bottle of milk while I and the other shoppers behind me shuffled about, checked our Facebook statuses and thought about what items we had neglected to buy.

I knew that till was going to be a big mistake!