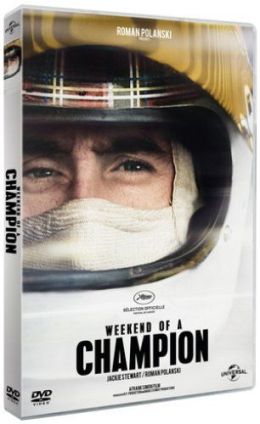 As this weekend is the start of the Formula One season, I thought I’d have a look through my motor sporting DVDs and recordings to get myself in the mood for a new season of the sport.

The official season reviews are rather expensive although I do have a few that I’ve picked up in stores like HMV when they are in the sales. I scanned through the season review for 2007 and fascinating stuff it was.

Kimi Raikkonen won the championship by 1 point after the final race of the season and McLaren were excluded from the results and fined an incredible $100 million because of the great McLaren/Ferrari espionage scandal! An employee of Ferrari was accused of passing confidential technical info to a colleague at McLaren. Further problems arose between Hamilton and Alonso at McLaren when Alonso blocked Hamilton in the pit lane. Yes, it was all exciting stuff.

Another F1 DVD I have is the Senna movie made in 2010. It’s a documentary film made for the big screen and consists of archive TV footage transferred to film. There is no commentary as such and the film focusses on Senna’s rivalry with Alain Prost although it is clearly slanted in Senna’s favour. It’s quite a fascinating film to watch and it was great to relive the epic battles of the 80’s with stars like Mansell, Prost and Senna.

Senna was killed in 1994 at the San Marino Grand Prix at Imola. Senna’s Williams hit the concrete barrier at the Tamburello corner, the scene of numerous accidents in the past. I remember watching the crash, convinced Senna would be all right, after all, Piquet had crashed there years earlier and Gerhard Berger had also had a terrible crash in the same spot, his Ferrari bursting into flames. Both Piquet and Berger survived. For Senna though time had run out. His front wheel and suspension assembly had hit his head and fatally pierced his helmet. Senna was airlifted to hospital where he later died.

After I’d finished my F1 TV marathon I started searching about in my VHS video box and unearthed a forgotten gem: Weekend of a Champion, a documentary film by Roman Polanski about Jackie Stewart and the Monaco Grand Prix. I was surprised to find that the video was sharp and clear and I settled down to watch the events of the 1971 Monte Carlo event. It was so good to be taken back to my youth and see Jackie Stewart, my all time favourite driver as he once was, not an elder statesman of the sport as he is today but as a great Formula One star, cheered and hailed by the crowds at the trackside as he made his way down from his hotel to the pit lane. It was raining that weekend at Monte Carlo, much to the dismay of Stewart but the grandstands of the principality were packed with fans.

My autographed picture of Jackie Stewart

Jackie pointed out to Polanski the relative skills of the Formula 3 drivers as they sped past, Stewart explaining ‘he had the wrong line’ or ‘he was in the wrong gear’ and so on. Later, Stewart explained his gear choices to new team-mate Francois Cevert. Cevert was eager to learn from the number 1 race driver of the day. He looked vital and fresh in the film. Sadly, Cevert was later killed in 1973, just as he was about to become the team’s number one driver as Stewart retired.

One particular scene stood out for me. Shot in Jackie’s hotel room, he is on the balcony talking to his wife Helen and director Polanksi. As they chat the camera comes back into the room and reveals Nina Rindt, the widow of the 1970 world champion Jochen Rindt, killed at Monza in practice for the Italian Grand Prix. She looks sad and ill at ease and later Helen explains that in the past she and Nina, Jackie and Jochen spent time together travelling the world as they competed in motor races. She had come to Monaco at Helen’s invitation, to spend time together and perhaps remember the happy times of the past. The Formula One of the 1970’s was no less glamorous than that of today, although perhaps tinged with a sadness for the many who lost their lives back then.

After a little bit of research I see that Roman Polanski restored the film some years ago and added a twenty minute interview with himself and Jackie Stewart. I must look out for that on DVD.

Today Sir Jackie Stewart is one of the elder statesmen of F1 racing. He speaks his mind as he always has done but I do get the feeling he is not universally popular with the fans of today. Quite a few times I have defended him in internet forums only to get into one of those annoying on-line arguments. Jackie pulls no punches and in the Senna video I mentioned earlier, Jackie took Ayrton to task for his on track actions although many of his meatier comments were not to be found on that video. I hope I will get a glance of Sir Jackie at the Australian Grand Prix this weekend although Lewis Hamilton, Sebastian Vettel and co will take centre stage, and rightly so.

Floating in Space is a novel set in Manchester, 1977. Click the links at the top of the page for more information!