I really don’t like flying. I’ll tell you that straight out. The actual flying isn’t too bad, in fact some years ago I took some flying lessons so you can see that deep down I actually like flying but the thing I don’t like is, well, everything else:! Here’s a quick list: The airport is full of people. Crowds. The constant queuing. The checking in, the passport control. The boarding. When you finally get aboard the aircraft the small, cramped seats are even worse when you happen to be a big lump, like me. The pathetic microwaved ‘meals’ that are foisted upon us, and the scrum to leave the aircraft when you finally land. Yes, I think I’ve made myself clear on flying. 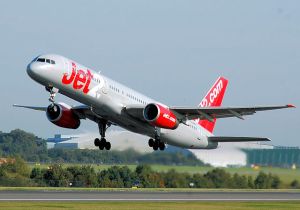 It’s a pity really about all the negatives because the invention of flying is something that is really wonderful and has enabled many people to travel the globe and see places they would otherwise never have even dreamt of seeing. Technology can bring great benefits. Take time for instance. The recording and controlling of time is so important in the modern world and it’s something we probably don’t even think about. Time is important in flying too. Flying schedules and timetables. Timings at busy airports; returning to Manchester last Sunday from Portugal, the airport was so busy we spent ten minutes circling around the sky while waiting for a spot to actually land. You could just imagine the poor guy in the control tower with a stack of aircraft wanting to land and him trying to time it all to perfection.

Here’s another thing about time: Greenwich Mean Time. Great, a world-wide standard for time but here’s another thing that sort of messes with that, it’s British Summer Time. Now, maybe you’ve started to see what I’m getting at, that bi-annual messing with our clocks and the hour going forward and then backward. I don’t get it, OK it means that we don’t have to go to work in the dark or come home in the dark or whatever but personally I’m willing to put up with that if it means not messing about with the time!

It just so happened that flying back from Portugal on Sunday to the UK coincided with the hour going back. Now, I know we’re mad enough to do this in the UK but as Sunday approached I started thinking, what about Portugal? Does the hour go back there? Yes it does actually. So, it’s stressful enough situation anyway but now we had to deal with another issue, putting the clocks back! Anyway, what time did we need to get up? First of all, we have to factor all the various problems in:

(2) Getting washed and dressed.

(3) Driving to the airport.

(4) Handing over the hire car and dealing with the actual people in the car hire place, and we know that this is not easy because it was pretty hard work getting the car in the first place.

(5) Checking in, finding our gate and going through security and all that stuff.

Now setting my alarm becomes a much bigger issue than it was before; do I put my phone back an hour and set the time I actually need to get up at, or do I leave the time on the phone and set the time an hour later? Now this is where technology tries to fox us. My mobile phone has a gimmick on it which automatically changes the time when the hour goes back! Great -but is it? Would it work? Could I trust this new technology? No, was the answer and so I disabled it, after all, I wasn’t going to chance missing my flight home.

The next morning when I awoke Liz’s alarm was going off but mine wasn’t. It all seemed kind of early and when I checked my phone to see what the problem was I saw that the time had gone back an hour -even though that option was supposed to be disabled! I checked with my Blackberry playbook and it had gone back an hour automatically also. Wait a minute! Had they both gone back automatically or was I an hour early? What time was it? I hated to admit it but Liz’s ancient old slider phone had actually woken us up at the correct time! Anyway, the good thing is that we made it to the airport pretty early and the people at the car hire place seemed to be pretty much on the ball, perhaps because I was bringing their car back safely despite all their horror stories of crashing and uninsured drivers and me not having enough insurance cover and so on. Anyway, I wasn’t expecting efficient service at that time in the morning so consequently we were even earlier than expected at the check in.

Pity about that extra-long wait in the packed departure lounge though! Personally I blame the car hire people.

If you liked this post why not try my book, Floating In Space? Click the links at the top of the page for more information.

One response to “Flying, Technology, and British Summer Time.”