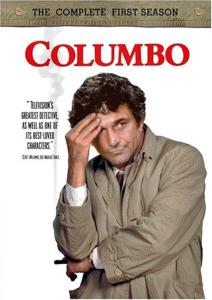 It’s hard to believe that after three years of weekly blogging, I have never written anything about my favourite TV detective, lieutenant Columbo. What made me think of Columbo for a blogging post was that the other day, after three gruelling shifts at work, I slipped seamlessly into couch potato mode and settled down for a lazy day of TV watching. Happily it was a Sunday and there are two particular TV channels in the UK that, on a Sunday, pay homage to the Los Angeles based detective; ITV3 and 5USA.

So here we go, bacon sarnie sorted and TV remote to hand, first on the list was ‘Lovely but Lethal’ starring Vera Miles as the guest murderer. Columbo, as you probably know, differs from other TV detective shows by showing the viewer exactly who the murderer is and how he, or she, did it. The whole point is not who did it, but how Columbo catches them. The essence then of a great episode comes in the clever way Columbo nails his man, or woman. Sometimes that moment is a bit of a non starter, other times it’s nothing short of brilliant. Sometimes, even if that final moment is not so great, it’s still been a great episode. ‘Lovely but Lethal’ was pretty good with great performances all round but it wasn’t quite up there in my top 10 episodes. 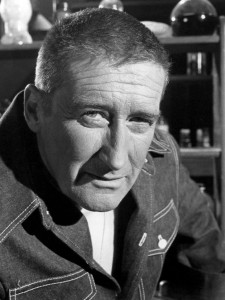 Next up was ‘Publish or Perish’, a cracking episode with my all time favourite guest murderer, Jack Cassidy. Jack appeared in at least three Columbo episodes including one that is a contender for best Columbo ever, but more about that later. In this one, Cassidy plays a publisher who decides to bump off his top writer, played by real life writer Mickey Spillane, because he is about to jump ship to another publisher. Cassidy hires a crazy ex Vietnam veteran and explosives expert to do the job and arranges the perfect alibi; he gets drunk, has a drunken car crash at the exact time of the murder and even ends up in the local police drunk tank for the rest of the night. Of course, he makes several mistakes, including one crucial one which inevitably, lieutenant Columbo spots. A great episode and well worth looking out for.

The Columbo of the early series is an absent-minded quirky fellow although in later episodes, Peter Falk who plays the detective, seems to downplay that quirky element. The later episodes are still pretty good though and armed with a fresh brew and the opening of a McVities chocolate biscuit packet, it was time to turn over to ITV3 for a great episode entitled ‘Sex and the married detective ‘. This episode is one of the later ones, actually season eight from 1989, and it concerns a sex therapist who bumps off her boyfriend after she finds out he’s cheated on her. The episode features the usual great performances and the guest murderer is Lindsay Crouse who adopts the alter ego of Lisa, a lady dressed in black. She gets her boyfriend to meet up with Lisa as part of a role-playing fantasy. She shoots him and it’s the unknown Lisa who gets the blame. Columbo once again nabs his murderer, but with this episode being one of the later ones, it doesn’t feature the quirky Columbo I love but it’s still a great episode and it has a really good musical soundtrack with a lovely musical motif that is perfect for the ‘Lady in Black’.

That was my ‘Three Columbo Sunday’ which I was tempted to use as a title for this post except that my trusty (so far) laptop began playing up a little. The letter ‘o’ on my keyboard has always been a little sticky but as I began to write this one it gave up the ghost and ceased to work completely. I have always thought that ‘e’ was the most used letter in the English language but now I’m pretty certain it’s ‘o’, especially if you are writing about a man called Columbo. Anyway, it just so happens that because of this keyboard issue I am now pretty well acquainted with the windows ALT keyboard. In case you didn’t know, you press the ALT key on your keyboard coupled with 111 and hey presto, there’s an ‘o’. Great, except not great, especially when you’ve written C(ALT111)umb(ALT111) numerous times.

Luckily, the Internet comes with a lot of help and over on YouTube I found an out of focus video by a semi literate computer nerd who guided me through the process of removing the keys, cleaning them and putting everything back together. OK so back to Columbo!

I thought I’d finish with my all time favourite episode, ‘Short Fuse’ from 1972. The episode stars Roddy McDowall as a spoilt young lad who plans to kill off his uncle in order to take over the family company. His uncle has the goods on Roddy and is about to use this information to force him out of the company. However, the uncle is blown up before he can show the goods to Roddy’s aunt. The murder weapon is a bomb hidden in a cigar box, timed to go off during a car ride to the Uncle’s mountain lodge. As Columbo is set in Los Angeles I can only assume that somewhere nearby is a mountainous holiday area where people have holiday cabins. Anyway, a nice film sequence shows the cigar box being opened, setting off a timer and then the bomb. Columbo has no real proof to nail the murderer but later, on a ride in a cable car, Columbo opens a bag with some new evidence provided by the local police. Yes, it’s the cigar box, apparently intact. Once again we see the taut little sequence of the cigar box and the timer and then we cut to Roddy as he scrabbles about looking for the explosive, realising too late that he has given himself away. The box, as Columbo explains to a colleague, is just another cigar box, made to look a little distressed as if it has been extricated from a car crash. This is one of those memorable endings that I so love in Columbo.

Oh, and another thing. When it comes down to it, I’m not absolutely certain ‘ShortFuse’ was my all time favourite Columbo. In fact, it might really be ‘Murder by the Book‘, starring my favourite murderer, Jack Cassidy. In this 1971 episode, Jack plays a writer, actually part of a writing double act who together produce a series of novels about ‘Mrs Melville’ who is an amateur detective. The thing is, Jack’s partner wants to ditch the partnership but Jack is not happy about it. He is so unhappy he decides to, yes you guessed it, bump off his co-writer. He does it in a rather ingenious way which foxes Columbo but not for long and to cap it all, the episode is directed by none other than Steven Spielberg!

Just one more thing . . Then again, my favourite episode might really be this one with Robert Culp, another favourite murderer. In a 1973 episode called ‘Double Exposure’, Culp plays a motivation research specialist who uses a special technique of subliminal imaging to make his victim leave a film preview where Culp shoots him and returns to the preview where he has been reading the film narration to a small audience. Actually he had sneakily used a tape recording while he nipped out and murdered his victim.

The very last Columbo episode aired in 2003 entitled ‘Columbo likes the Nightlife’. Peter Falk himself, who played the crumpled detective, died in 2011 after a long battle with dementia. Still, if you like Columbo, check your TV guide for Sunday, there are plenty of episodes to be found there on UK TV.

Steve Higgins is the author of Floating in Space, a novel set in Manchester, 1977. The book is available in Kindle or paperback formats. Click the icon below to go straight to Amazon.

7 responses to “Putting the O in Columbo”