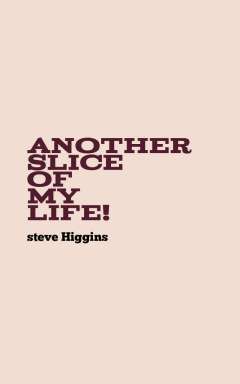 A while ago I published a post called ‘A Slice of my Life‘ which was in fact a homage to a similar post by one of my favourite bloggers, a fellow from the USA. You might be thinking OK, Steve’s run out of ideas, he’s got to pinch something from some other blogger. Well you’re free to think that if you want but I’m sticking to my version, that I was so impressed by that rival blog I produced a ‘homage’. In music terms we could say I ‘sampled’ his post which is when you get a great record that has pinched something from a much better original. (Did he say ‘pinched’ I hear you asking?)

Anyway, as I’m a little short of ideas, I though I’d revisit that theme again, this time, no pizza involved.

This week Liz and I visited a psychic event. It was some kind of charity function and consisted of three mediums who demonstrated their psychic powers to a small audience. Liz and I and another couple arrived early and grabbed front row seats although sadly the bar was closed for the duration of the event. Pity because I quite fancied a pint of lager, however it was thought that activity at the bar might disturb the vibrations from the ‘other side’. Oh well.

The event kicked off with the first medium. Unfortunately this particular lady looked very like a character from a short-lived sit com that Liz and I both loved. It was called Early Doors and revolves around a small public house in Manchester called the Grapes and the group of regulars who drink there. Two of the characters are Eddie and Joan who always sit in the corner and discuss issues like temporary traffic lights, Joan’s mother’s cats and ‘chippy’ teas. Joan was the absolute spitting image of our first medium and it was all I could do to keep a straight face. Anyway, this lady started off by picking up vibrations from a lady who had passed over to the other side. No one seemed to recognise this lady until our medium focussed on a lady in the audience who she was ‘drawn’ to. Eventually the lady in the audience recognised her father from the vague descriptions given and seemed pretty impressed with the information given from the other side.

The next lady started off with another vague description but no one wanted to be a part of it. No one had relations overseas or knew a stocky gentleman who had passed over with throat issues so that one really died the death, if you know what I mean. Everything then stopped for a tea break. Now, you might get the idea from these remarks that perhaps I’m not a believer in psychic or mediums or indeed the afterlife. No, not true. I do believe the human spirit survives death but when the psychic looks like a character from your favourite sit-com, her credibility goes right out of the window.

One of the great things about my current semi-retired status is that I only work three shifts and then can look forward to six lovely days off. This weekend my three days on centred over the bank holiday weekend, which in one way was a bit of a pain, in others not so. It’s great to have time off like other people but when the whole country gets the same day off and the roads are crammed with traffic and when you get to your destination and that is crammed with people I sometimes think, what the heck, I’d rather be working and have time off on some quieter day when everyone else is at work.

The bit that was the pain was the fact that it was the Monaco Grand Prix weekend which was live on terrestrial TV’s channel 4. The Monaco Grand Prix is a sort of leftover from the days of classic motor sport. It is really rather wonderful to see Hamilton, Vettel and Alonso race on what is  essentially the same track as Fangio, Moss and Clark drove on many years ago. F1 race tracks today are frankly rather boring and the tracks that are pretty exciting are few and far between. Years ago the British Grand Prix alternated between Silverstone and Brands Hatch. Brands is a twisty up and down track and Silverstone, being a former airfield, is flat and full of long straights. In recent years the owners have added a number of twists and turns so Silverstone is not really the track it used to be, perhaps they are trying to make it more like Brands Hatch! Here’s a radical idea: Why not alternate with Brands just like we used to do?

Monaco though is the same as it always was but rather difficult for modern grand prix cars. They are too fast for the tight circuit and their wings and fins that seem to stretch out to hug the downforce are so vulnerable to getting knocked and bumped in close quarter racing. I have to hand it to Max Verstappen though. He started from the back of the grid after a shunt in practice but fought his way through to 9th. Pretty impressive.

Anyway, off the track Monaco is full of glitz and glamour. It’s great to see the former F1 stars who lurk in the paddock coming back to the old venue not as drivers but as visitors, lapping up the champagne, the yachts, the Michelin starred restaurants and so on. One day I will shell out some of my hard-earned cash and go to Monaco for the race and have a very expensive drink in the Tip Top bar where Graham Hill and other stars of my youth used to drink. (Nowadays it’s a glass of organic tomato juice and off to bed early for Graham’s modern counterparts.)

Anyway, as I mentioned, I had to work over the weekend on the late shift so I had to avoid e-mails (numerous F1 website newsletters that might give away the race results) TV, (don’t want to see the results on the news) and friends (always ready to spill the results I don’t want to know) just so I could get home and watch the race on video without any advance knowledge spoiling the results for me.

I’ve spent some time this week as usual with my old mum. She is 89 this year and the days when she would cook my favourite tea, wash all my clothes, and make my bed with crisp fresh sheets are long gone. Now she has to put up with my cheat’s roast beef (boil in the bag beef and frozen roasties) and other meals I produce. Pity she doesn’t care for chilli because I used to make a pretty top-notch chilli.

Today my Mum and I have conversations like this:

ME: Mum, I’m off to work. I’ll see you later at about ten thirty.

MUM: What time are you back?

MUM: Are you coming back here tonight?

MUM: What time are you coming back?

Old age comes to us all eventually but I did find myself wondering this week if perhaps I could get one of those mediums to contact the living. My Mum for instance . .

After the bank holiday was over, Liz and I decided to head up north to Scotland for a short road trip in Liz’s motorhome. One of the great things about driving a motorhome is that other motorhome drivers always let on with a quick wave as you pass by. It’s like you’re part of a special group or fraternity, us motorhomers against the world.

The weather was gloriously hot and sunny and we motored serenely north and after a few sightseeing stops finally parked up in the car park of a welcoming pub called the Kings Arms in Ballantrae. Ballantrae is a small village and the only time I had ever heard of it before was in the Robert Louis Stevenson book, The Master of Ballantrae. I happened to mention this to my brother over the phone and being the classic movie buff he is he immediately brought up the movie version with Errol Flynn which was actually Flynn’s last film for Warner Brothers.

Motorhome life can be interesting. The next night we stopped out in the country by Loch Doon. We parked up with a rather lovely view of the Loch and set up our little barbecue and soon we were tucking into a veritable feast of steak, burger, sausage and salad. As the evening wore on and the sun began to sink behind the hills a number of midges, those tiny flies appeared. Time to pack up and settle down inside. Once inside we found midges trying to gain entry through any available area and we had to quickly lock down the vents, windows and pretty much everywhere. I don’t know if you have ever seen Hitchcock’s film The Birds where birds suddenly go on the attack but that pretty much summed up our situation and we fought off those midges with anything we could lay our hands on.

The next morning all was quiet on the loch but the midgies were gathered there on the outside of our motorhome resting before no doubt renewing their attack on us later. Time to make a quick getaway!

Enjoyed this post? Why not try my book Floating in Space set in Manchester, 1977? Watch the video below for a quick taster or click the options at the top of the page for info or to buy!

4 responses to “Another Slice of My Life”