I tried smoking once when I was about nineteen. I hated it, failed to see what people enjoy about it and never smoked again. Missing from pubs and bars these days is the odour of cigarette smoke thanks to the smoking ban which came into force in 2007. I’ve always liked that pipe and cigar smell in old pubs but cigarettes and their smoke do nothing for me and I’m glad pubs are now a smoke free zone.

I used to be a cigarette salesman. More accurately I had a cigarette vending machine round and some places really did make me laugh. I used to service a site in Liverpool and prior to the smoking ban they had a rule that you couldn’t smoke at the bar, in fact there was a white line painted on the floor and smokers could not pass this line. So all those who liked to lean against the bar and have a smoke, well they just took two steps back, enjoyed their cigarette, then stepped back up to the bar once they had finished.

It’s interesting to chart the progress of anti smoking through my old job. We used to give out a lot of promotional stuff in former days. Lambert and Butler bar towels or Rothmans ash trays and so on. Once the cigarette publicity ban kicked in promotional items like that were no longer legal. Even on the front of the machine itself there was usually an advertising panel with picture adverts for Benson and Hedges or some other brand. . It was replaced by a bland picture of a match and a flame.

As cigarettes were hit by bigger and bigger taxes, the price of a packet rose steadily. In parts of my sales area in Liverpool, drug dealers converted to selling bandit cigarettes. No longer were they the scum of society. Smokers, particularly those retired or on low incomes, looked on the bandit ciggymen as Robin Hood figures, out to save the oppressed from expensive cigarettes. At one pub in Kirkby where my sales were pretty low, a bandit dealer had stooped to selling fake cigarettes which fell apart when lit! ‘Steve!’ came the call, ‘can you come and fill our machine up!’ Easy profits had clearly led to the desire for even easier and bigger takings.

Cigarette machines have now been banned in pubs in the UK so my former colleagues in the vending industry have all been made redundant. Whatever you think of tobacco and cigarettes all those people were working legally in the UK and paying a hefty bill to the taxman. The ban on cigarettes and the restrictions and high taxes on tobacco have opened the field to many criminal elements from those individuals seeking extra cash who travel abroad, buy cigarettes in bulk then return to sell them in the UK to those organised gangs who smuggle tobacco into the UK for big profits and less risk than drugs.

Today in this lovely summer of 2014, the smokers, banished from the interior of the pub have laid claim to the pub gardens and outside seating areas. They are bound together as part of a small social community; the smokers! Fancy taking your pint outside on a sunny evening? No thanks, the pub terrace is full of smokers! Pubs are free of irritating smoke but is smoking on the decrease? I’m not so sure!

If you liked this blog, why not buy my book! Click the icon below! 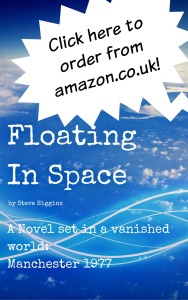 One response to “Cigarettes, Tobacco, and the culture of smoking”