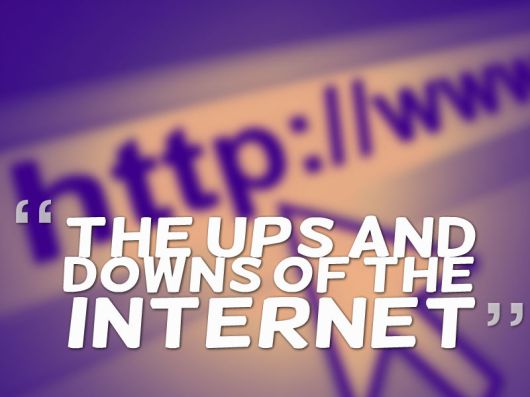 As you can guess if you’ve read any of my other blogs, I just love the digital age. It’s enabled me to do so many things; share my writing with everyone here on wordpress, share my pictures on Tumblr and Flickr and my videos on you tube.

What’s been a highlight in particular is that I’ve been a motor racing fan since I was a school boy and when I was younger I spent a lot of time at my local circuit, Oulton Park in Cheshire, watching motor races and taking pictures. I had a whole mountain of pictures that had only been seen by me and have been sitting in an album upstairs in my back room for years. Now Flickr has enabled me to share them with other race fans and my Oulton Park collection has had hundreds of views, when a few years back it was just one.

Social networking is so interesting and varied. The main social sites are probably Facebook and Twitter. I’m on both of those sites but they are very different. Twitter is in a lot of ways a real-time web site. Many people comment on sport and TV shows while the shows or events are still in progress but personally if I’m trying to comment on an F1 race I feel as though I’m missing the action whilst I’m tweeting. I suppose in that way Twitter is ideal for the smart phone whereas Facebook is somewhere you can post your status and then come back another time and respond to further comments. On Twitter most of my friends are pure internet acquaintances, especially now as I’ve been promoting my work heavily on that site. I get other authors asking me to like their pages and posts and in return I like their pages and posts so we both benefit with extra web exposure.

The same thing has been starting to happen on Facebook with increasing traffic from non-friends, people who just like my blogs, so I’ve had to create a Facebook page for myself as a writer so that I can keep separate my business and personal friends.

Another aspect of the internet is that it enables you to check out your old and long-lost friends and a site like Friends Reunited started a trend for connecting with old friends. Friends Reunited was one of the early success stories of the internet but in the last few years it fell by the wayside, it’s popularity overtaken by sites like the aforementioned Twitter and Facebook. Now the site has been taken down and it’s web address is just a dead link.

I’ve traced quite a few of my old school friends thanks to Friends Reunited, for instance one of my primary school pals that I have made contact with emigrated to Canada, was successful in the computer industry and now lives in semi-retirement on an island off the west Canadian coast. Pretty good for a lad from a Wythenshawe council estate. That was an interesting find and my friend Paul and I have exchanged a fair few e-mails. Both of us are happy and literate writers, perhaps we’re really old-fashioned letter writers now turned to e-mails but I find that today it’s easy, at least for some people, to fall into a kind of text speak even on social media that sometimes slips over into e-mail messages.

I had one e-mail a while ago from an old school friend asking if I was the same Steve Higgins who he knew at school. I replied back that yes I was and added a good few paragraphs about my life, what I had been up to in the intervening years and what I was doing now. Nothing came back for months and when I wrote again to say ‘did you get my e-mail’ a reply finally arrived. ‘Yes, great to hear from you LOL.’

That particular friend I’ve not seen for over thirty-five years and I’m none the wiser about him now, despite him wanting to contact me! Oh well, that’s the internet for you.

One more area of life that’s been revolutionised by the Internet is shopping. Yes, from the comfort of your own home you can search the Internet for all those tricky Christmas presents. There’s Amazon, and E-bay, and all the big stores have their own web sites and many frequently e-mail us about some great bargain. I had one a while ago offering me thirty razor blades ‘compatible’ with my Wilkinson’s razor at a very cheap price indeed. Blades are pretty pricey these days, so, OK, I clicked on the link, bought my voucher, then went to the razor blade site, and added my voucher code. OK so far but then I had to add a few quid for postage. Not happy! That extra money was eating into my savings. Anyway, eventually the blades arrived at my door. Not sure what kind of service was used but one wonders if a camel or even a tortoise was involved. OK, I get the blades but then there’s another problem: They won’t fit on my razor! Now, things get confusing because there are so many razors available these days. There’s the Hydro, the Quattro, the Quattro Titanium, and a shed load of others I couldn’t even begin to name. The blades were for a Hydro which I didn’t have but guess what? Someone on E-bay was selling one for a pound with free postage. Not only that, I had mentioned to Liz the previous day about some of the things I had noticed being sold on E-bay. A used razor for a pound? What plonker would even think of buying that?

If you liked this post why not check out the links at the top of my page for my novel, Floating In Space, or click the icon below to go straight to my Amazon page.

3 responses to “The ups and downs of the Internet”