When I get stuck looking for a new idea for a blog post I sometimes look back at my old ones just to see if anything there might inspire me. Sometimes I’ll think of something I could have said about a particular subject which I didn’t say at the time so I’ll start writing about that and then I’m off. Sometimes a writer just needs something to start him off. In fact over on Twitter I sometimes use a meme that goes like this

Some old posts can also be re-purposed. That is to say an old post can be given a new lease of life by a re-write, a few new paragraphs, some new pictures and maybe a link to a relevant video. One old post I looked at tapped right into a long running daydream of mine. Imagine me, a writer from the north of England getting the chance to go and work in Hollywood, writing scripts. I can just imagine the trip over on a Jumbo Jet or whatever passes for a jumbo jet these days. Arriving in Hollywood and looking at all the sights I have read about and imagined over the years, The Brown Derby restaurant, Romanoffs, Schwabs drugstore and maybe even catching a glimpse of Pickfair, the old Fairbanks/Pickford mansion on Summit Drive, the home according to David Niven’s book Bring on The Empty Horses of many of the great stars of the golden age of Hollywood.

Alas, every single one of those places has gone eclipsed by the passage of time. Even the new owners of Pickfair, actress Pia Zadora and her millionaire husband, decided that after aquiring such an historic place, the best thing to do would be to knock it down. Termites had ruined the property, or so they claimed.

One other thing that is real enough is the bit about the writer from the north of England making his way over to Hollywood. No, it wasn’t me, it was James Hilton, the author of one of my favourite books of all time.

James Hilton is one of my personal writing heroes and yet his name may be unfamiliar to many of you reading this blog. He was a journalist and an author and made the trip from his home in Leigh, Lancashire, (now Greater Manchester) in the UK to the Hollywood hills in the United States to become a screen writer. He is probably more well known for his book ‘Goodbye Mr Chips’ which was made into a film with Robert Donat (actually another northerner from Didsbury in Manchester) but my favourite of his books and quite possibly my all-time favourite book is ‘Lost Horizon’.

Lost Horizon is a book I found in a second-hand shop many years ago. A battered 1940s paperback I paid twenty-five pence for and yet that small investment has paid me back many times over for sheer reading pleasure as Lost Horizon is a book I re read every year or so and I often pull it down from my bookshelf when a current read fails to entertain me.

Lost Horizon is a completely original idea and is about British consul Robert Conway in the dark days before World War II. Conway is helping his fellow British citizens escape from civil war in China and he and his small party escape in the last plane only to be kidnapped and taken to a distant Tibetan monastery. Conway meets the High lama and after a time it is revealed that the Tibetans  want to preserve the best of world culture and art and make it safe from the coming war.

Hilton is one of those few people who have invented a word or coined a phrase that has become part of the English language. In this case it was the name of the Tibetan monastery, Shangri-la which has since become a byword for a peaceful paradise, a distant haven. Camp David, the US President’s retreat was originally called Shangi-la until renamed by Eisenhower for his son, David.

Hilton’s journey from Leigh to Hollywood must have been a magical one and one I envy, especially as his time in Hollywood was a golden age for movie making. Lost Horizon was made into a movie by Hollywood director Frank Capra and starred Ronald Colman as the urbane British diplomat of the novel. It’s a movie that was restored some time ago and is a great DVD if you happen to see it. Colman also starred in another movie authored by Hilton; ‘Random Harvest ‘.

Hilton settled in Hollywood and wrote a number of screenplays for classic Hollywood movies such as ‘Mrs Miniver ‘. Sadly he died from cancer in 1954.

How would Hilton have coped with the Lockdown? Pretty well I should imagine. Professional writers are not like us amateurs, they are not governed by how they feel, if they are in the mood or not, if they are feeling creative or not. They just get on with it.

A few weeks back I decided that a good project for me would be to make one of my blogs into a video. I chose one from a short while ago A Letter to my Younger Self. I opened up my laptop, clicked on my Animoto page and began. I’m still working on it. It wasn’t as easy as I had thought. I could quite easily have read the post to camera but I wanted something a little more exciting and the good thing about Animoto is that they have a great library of stock footage and photos so combined with some of my own images the result should be good.

Here’s the problem though, and this is the big issue with technology that I come across time after time. Once the designers have put together a great peice of software or an electronic device, they just cannot leave it alone. Windows Sound Recorder: they replaced it with Windows Voice Recorder and all the things I used to do on there, I can no longer do. Windows Movie Maker: my favourite video editing platform: discontinued in favour of HD Movie Maker. The old version was so much better especially when editing sound. The new version is quite different. In the past I could position and reposition sound clips with the mouse now in HD Movie Maker the user can only trim sound or use the delay option. Oh well at least Animoto, the online editing platform I use frequently is untouched, or so I thought.

Wrong! This week Animoto unleashed a new version of its editing software on its users. Does it have improved features? Yes. Is it easier to use? No. Well to be fair it’s not bad but every so often the web page seems to crash and I have to reload the page and start editing again from the point my work was saved. Perhaps that’s the fault of my laptop although it never lost the page with the old version. There are some other litle teaks I don’t like too so I might just put that project on hold for now.

This week Prime Minister Boris Johnson decided to ease the current lockdown. Now we can return to work and also travel around if we want to visit somewhere. Most businesses are still closed of course but it might mean places like Blackpool and other seaside resorts will be expecting daytrippers soon. Personally I think his advice is ill advised and we should be keeping the lockdown on for a while longer. The thing is, the devolved governments of Scotland and Wales seem to agree with me so if you are planning a trip to either of those places soon, forget it because the lockdown is still in place there.

The other night I stayed up late watching the film Darkest Hour which is about Winston Churchill and the beginning of his Prime Ministership in World War II. It paints a rather bleak picture of Winston’s premiership with the Conservative party apparently holding back from supporting him and a growing clique actually wanting to replace him with Lord Halifax. When France fell to the Nazis Halifax wanted to explore peace talks with Hitler which Churchill was violently opposed to. I’m not sure how true to life the film was and although I can imagine not everyone was 100% behind Churchill, I found some of this film a little hard to believe. There was a vote of no confidence in the commons in 1942 although Churchill won this by a resounding 475 votes to 25. In the film, conservatives still will not support Churchill in the commons until outgoing premier Neville Chamberlain signalled them to do so by placing a white hankerchief on his knee. By then Chamberlain and his policy of appeasement were totally discredited so would he really have had such sway over his fellow MPs? I doubt it.

What Churchill would think of today’s devolved government I shudder to think.

In these difficult times I take comfort from, as usual, Marcus Aurelius. I receive a regular email from The Daily Stoic and it is surprising how words of wisdom from the past can be relevant to today. One email I picked up this week went like this : All of us who are alive today are the last in an unbroken line of our ancestors who survived two world wars, the plague and much more. They kept calm, they carried on. They learned, as Marcus did, that things can only ruin your life if they ruin your character. We might not control world events, but we can control how we respond. We control whether we hold our heads high. We control whether we help our neighbours. We control whether we contribute to the panic or not.

Not only that, the important thing to remember about the Corona Virus is that . . . 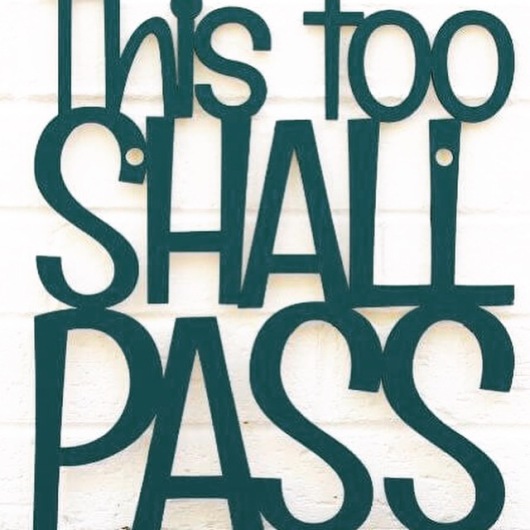 7 responses to “James Hilton, Winston Churchill and the Lockdown”