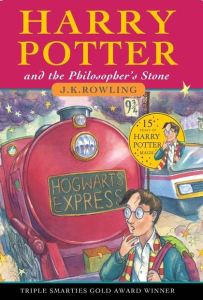 Harry Potter and the Philosopher’s Stone by JK Rowling.

Harry Potter and the Philosopher’s Stone had been written in Edinburgh cafes while author JK Rowling and her daughter lived on benefits. The book was rejected 12 times and was only published when one publisher’s daughter read the first chapter and then begged her father to produce the book so she could read the rest. The series may now have finished, but the Harry Potter franchise continues. Eight films, one theme park, and countless video games, board games and products later, Harry Potter is one of the highest grossing franchises of all time. Rowling is no longer living on state benefits and is reputedly worth 700 million pounds. I have to admit I have never read the Harry Potter books but I salute an author that has given the gift of reading to a new generation of young readers.

Gone with the Wind by Margaret Mitchell.

A number of searches on the internet brought up the magic rejection number of 38 for this novel. Rejected 38 times? Well I also found an interesting post by author Brenda Coulter in which she claimed the novel was never rejected. Margaret Mitchell apparently felt the novel would have little interest outside the South but happened to meet with someone from the MacMillan publishing group who immediately bought the publishing rights, much to the author’s surprise. The writer of the blog post went on to say this about publishing:  It just isn’t true that every talented writer will eventually be published if she works hard enough and waits long enough and believes. Novels don’t get published because their authors have faithfully paid their dues and waited their turn. Publication isn’t a bus that anyone can catch as long as they have the correct fare and show up at the right stop at the scheduled time. A novel is accepted only when some publishing house believes it can make money on the book. Period. So the difference between a published author and an unpublished one does not always boil down to talent and experience. Sometimes the difference is, quite simply, marketability.

Lolita was rejected 5 times. One publisher wrote that the book was “…overwhelmingly nauseating, even to an enlightened Freudian … the whole thing is an unsure cross between hideous reality and improbable fantasy. It often becomes a wild neurotic daydream … I recommend that it be buried under a stone for a thousand years.” I read the book a few years back after reading a blog post about classic books I must read. I felt a little like a sort of voyeur reading the novel which is about one man’s passion, lust even, for a young girl. It was an interesting read and the excellence of the writing seemed to jar a little with the subject matter. ‘A neurotic daydream’ is probably a good description of the book.

Again, this is not a book I have read but I have seen the film starring Gregory Peck. Moby Dick was initially rejected by publishers Bentley and Son who wrote back to Melville asking: “First, we must ask, does it have to be a whale? While this is a rather delightful, if somewhat esoteric, plot device, we recommend an antagonist with a more popular visage among the younger readers. For instance, could not the Captain be struggling with a depravity towards young, perhaps voluptuous, maidens?” Melville decided to keep the whale although the young voluptuous maiden idea surely has it merits. .

The Wonderful Wizard of Oz by L Frank Baum.

It’s hard to say how many times this book was rejected but the author did keep a journal he called ‘a record of failure’ detailing all his rejections. The book was first published in 1900 and by 1938 had sold over a million copies. The book was illustrated by W W Denslow and both he and Baum claimed credit for the book’s success. The publisher only agreed to publish the book when the manager of the Chicago Grand Opera House, Fred R Hamlin, committed to making The Wonderful Wizard of Oz into a musical stage play to publicize the novel. The book was famously made into a film in 1939 starring Judy Garland. 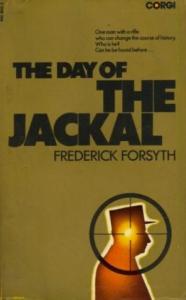 Day of the Jackal by Frederick Forsyth.

The novel was turned down by the first four publishers the author approached. Eventually Harold Harris of Hutchinson decided to take a chance on a modest print run of 8,000 copies. The Jackal became a sensation and only two years later Fred Zinneman was directing the movie version. Forsyth was a journalist in Paris in his mid-twenties and was aware of the controversy over the granting of independence to Algeria. He had befriended some of President De Gaulle’s bodyguards and had even reported from the scene of a real life failed assassination attempt, in fact an account of this real incident opens the novel. What would happen, thought Forsyth, if the terrorist group the OAS decided to employ a hitman to murder the President? The resulting novel has a gritty documentary style of realism that would influence a new wave of thriller writers.

Stephen King apparently received 30 rejections for his book before dejectedly tossing it into the trash. His wife Tabitha fished it out and urged him to try again. The book was published and became a classic of the horror genre. At the time back in 1973, King and his wife were living in a trailer, he taught English at a private school and his wife worked in ‘Dunkin Donuts’ as well as them both moonlighting in various part time jobs. Sales of the book were boosted by the film version and the paperback sold over a million copies in its first year. 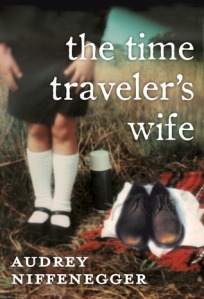 This book was rejected by 25 agents but was finally published in 2003 after the author sent the manuscript to a small San Francisco based publisher where the work found its way into the hands of a sympathetic editor. I have to say that this was an odd novel and took me quite a while to get into the book and understand the fractured timeline of the time traveller. However, it was an interesting and enjoyable read although a somewhat quirky addition to the sci-fi genre. Having said that, some reviewers regard the book as more of a romance than a work of sci-fi.

Alex Haley spent eight years writing the book and received 200 consecutive rejections or at least that is what some internet sites say. Others say Haley may have had 200 rejections but that includes his other work as well. His novel Roots finally became a publishing sensation, selling 1.5 million copies in its first seven months of release and going on to sell 8 million. Such was the success of the book that The Pulitzer Prize awarded the novel a Special Citation in 1977. Again, this is another book I have yet to read but I do remember the TV series from 1977.

Floating in Space by Steve Higgins. I sent my book off to 3 traditional publishers who all declined to publish it. To be fair, my manuscript was not in great shape but I have beavered away and every now and then updated the book so now I like to think the manuscript is pretty reasonable. After those three knockbacks, paltry compared to some of the rejections mentioned above, I chose to self-publish at Amazon. Should I perhaps have tried harder, spent more time on my covering letter, sent out the manuscript to more publishers? Still, just like Brenda Coulter says: Publication isn’t a bus that anyone can catch as long as they have the correct fare and show up at the right stop at the scheduled time. It’s about marketability! 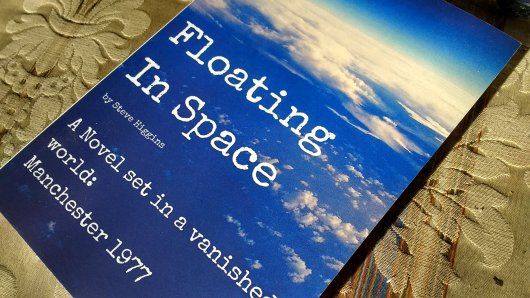