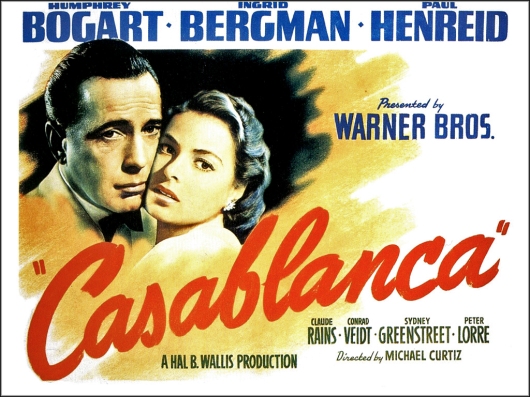 After a hard shift at work, it’s nice to go home, pour yourself a drink and settle down by the TV to watch something while you unwind. Now despite these days of multiple TV channels it’s not always easy to find something worth watching. I remember the days when there were only three channels but strangely, even though we have have undergone the digital revolution and have cable and satellite channels, sometimes we find ourselves clicking the remote vainly in search of something that is even remotely interesting. Happily, over there in the DVD cupboard, I have plenty of things I enjoy watching. One of those is my much watched DVD of Casablanca, the classic Hollywood movie. I can watch it time after time and there is so much to enjoy in the movie; the wonderful Humphrey Bogart, The suave Paul Henreid, the rotund Sydney Greenstreet, the villainous Conrad Veidt, the slimy Peter Lorre and my favourite character in the film, Claude Rains, not to mention the lovely Ingrid Bergman.

Casablanca was only Bergman’s fifth Hollywood movie. She had been brought over from Sweden by producer David O Selznik to star in the English language version of Intermezzo, a successful Swedish film. She spoke no English but learned quickly. Ingrid expected to make the movie and then return to her career in Sweden, so much so that her husband did not even come to Hollywood with her. However, Ingrid made more movies in Hollywood, then came Casablanca; a movie that was a product of the Hollywood studio system. It was filmed at the Warner Brothers studios in Burbank with one location shoot, a short sequence at Van Nuys airport. Shot in 1942, Casablanca made Ingrid a star and remains probably her best known role. Released in the USA at the end of 1942 and internationally in 1943, the film won three Oscars. Its reputation has grown over time, eventually becoming known as one of the all-time classic motion pictures. Berman herself once commented that the film had a life of its own. The great performances, the memorable lines and the film’s music all contributed to the public affection for the movie. There’s a great sequence in When Harry Met Sally, where Meg Ryan and Billy Crystal discuss the ending and Sally, the Meg Ryan character, asserts that Ingrid Bergman would rather leave with Henreid and be the first lady of Czechoslovakia than stay with a man who runs a bar in Casablanca.

I’ve always liked Claude Rains and I like the way it becomes apparent that his character is not a Nazi or even a Nazi sympathiser, but someone who is something of a rascal, who uses his position for his own ends but also someone who chooses his own friends and his own path, as he does at the end of the movie. My favourite sequence is where he closes down Rick’s bar at the request of Conrad Veidt’s Nazi officer. Humphrey Bogart complains, “How can you close me up? On what grounds?” Rains replies, “Rick, I’m shocked to learn there is gambling on the premises!”

Just then the croupier arrives with some money, “Sir, your winnings!”

Ingrid Bergman became a great Hollywood star and perhaps was associated too much in the eyes of the public with her role of Joan of Arc, because when she fell from Grace, she fell big style.

Bergman was fascinated with the work of Italian director Roberto Rossellini and in 1949 she wrote to him expressing a wish to work in one of his pictures. He cast her in his film ‘Stromboli’ and during the production Bergman fell in love with him, had an affair and became pregnant with his son. This led to a huge scandal in the USA and a divorce and custody battle with her Swedish husband Petter Lindstrom. She eventually married Rossellini and had more children including future actress Isabella Rossellini. She was never reconciled with her former husband but Hollywood welcomed her back in 1956 when she starred in the movie Anastasia for which she won an Oscar.

Humphrey Bogart went on to make many classic movies. He died from cancer in 1957 aged 57. He had been a heavy smoker and drinker.

Claude Rains died in 1967. His last film appearances were in ‘Laurence of Arabia’ and the ‘The Greatest Story Ever Told.’

Conrad Veidt fled the terrors of Nazi Germany in 1933. He was a fervent anti-Nazi donating his personal fortune to the British government to help in the war against Nazi Germany. He died in 1943 of a heart attack aged only 43.

Hungarian born Peter Lorre was another refugee from Hitler’s Germany. He appeared in the German movie ‘M’ directed by Fritz Lang but fled Germany in 1933. He died in 1964 aged 59.

Paul Henreid came from an aristocratic background and was born in Trieste, then part of the Austrian-Hungarian empire in 1908. He has many credits to his name as an actor and director. He died in 1992.

The movie was directed by Fritz Lang, another refugee from Europe. Lang had a lifetime of problems with the English language, so much so that David Niven named his book of Hollywood reminiscences after one of his sayings. When he wanted a posse of riderless horses to come into the scene he shouted ‘bring on the empty horses!’ 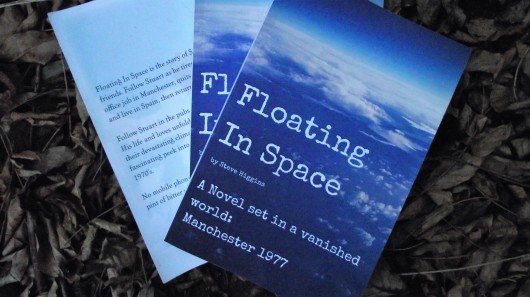 One response to “Why I love Casablanca (and why you should too!)”