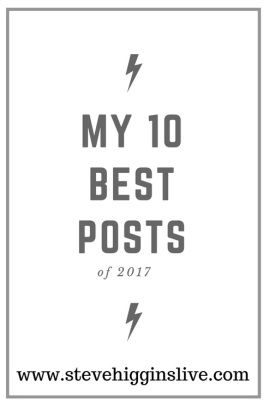 Well that’s it, Christmas over for another year. Time to relax, take stock and perhaps muse over the last twelve months. If you are a blogger, then it’s always good to reflect on your previous posts.

For me personally, it’s not been a bad year. I opted to go semi-retired which was a good choice I think, working three shifts on and six off. Still not happy about the three on but I like the six off!

Did I write the follow up to Floating in Space? Well, I have to admit I didn’t quite get stuck into that, still there’s always 2018!

I always tend to showcase my favourite posts in these ‘best of’ year end posts but I thought I’d start by taking a look at my stats and see what were my best performing posts.

My all time top performing post  is one about the JFK assassination, a tragic event wrapped in mystery and misinformation that has interested me since childhood. It always rates highly with google searches and that’s probably the reason for the high hit rate for this post. Interestingly, I reblogged it on the 22nd November, the anniversary of the Kennedy assassination but on the previous day, the 21st, David Cassidy died and so on the 22nd, many people were typing David Cassidy into their search engines and many of those people may have been surprised to find my second most read post ‘David Cassidy and a Haircut in 1977′ in their results. Maybe it’s a good one, well, I like to think so but then, maybe it’s just SEO compatible.

Earlier on this year, in case you didn’t know, Donald Trump was elected, surprisingly, as the new President of the USA. A lot of people were not happy about it but that is the nature of democracy; the people vote, the votes are counted  and the winning candidate is announced. Simple really, although a great deal of people seem to get very annoyed about it. I wasn’t too happy as I mentioned in my post Tipping Point, the Chase and Donald Trump, because rather annoyingly, my favourite quiz programmes were shelved in favour of the election coverage.

My Mother had her 88th birthday in 2017 and I wrote about her in My Mum, the Microwave and Old Age.

Talking about old age, I became semi-retired in 2017 and wrote a post about it Things to do when Semi-Retired.

In A Monkey, A French Canal Barge and a Million Pound Cheque I returned to my very first job when I had to deal with a cheque for, you guessed it, a million pounds.

I am a big classic movie fan as you probably know from my film posts and I decided to take a look at the persona of the urbane English actor in The Essential Englishman with special reference to David Niven in ‘Around the World in Eighty days’.

Going back even further in time than my George Best encounters or even my first job, Schoolday Memories is just that, a look back at my old school days.

As a major Formula One racing fan I tend to knock out an F1 post every now and again. In No Hiding Place and the Mexican Grand Prix  I combine F1 with a little humour and a quick look at a TV comedy classic.

I have spent a lot of time this year messing about with video cameras and editing and although I had some problems earlier in the year recording narrations, since then I’ve recorded quite a few including an updated version of my cycling video with narration rather than captions. Another video I made this year was one using in car footage of our trip to France in the summer. I’ve compiled this year’s video efforts together in a post entitled Adventures with an Action Cam.

Finally, in one of my later posts, I combined that classic British film Green for Danger with some thoughts about my personal work life, past and present, in Resignations, Old Friends and Green for Danger.

Thanks for looking in and if you liked this post, why not consider buying my book? Click the links at the top of the page for more information.