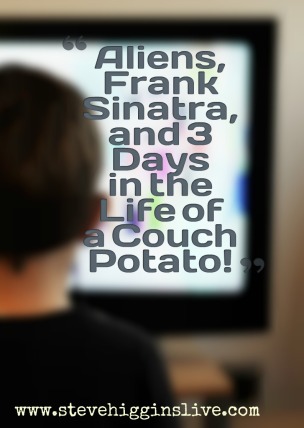 In this technological age, one item in particular has come to the aid of the dedicated couch potato and that is the hard drive recorder. It’s a wonderful invention which enables the recording and playback of programmes at the touch of a button.

Last Sunday was my first day off and I had planned, unbeknown to my lovely lady Liz, a day of rest, self indulgence, and laziness, including Internet surfing and of course, TV watching.

She on the other hand had other ideas, in particular, a trip to the combination music and kite festival down on the beach. Anyway, all that went ok, the kites were flying well and the music was good. We went back home for some dinner and then it was time to get down to some TV viewing.

Now the Sunday lunch over ran a little making me late for my appointment with the German Grand Prix on Channel 4. Here, however, is where the hard drive recorder comes into its own because of one very simple fact: You can start watching the recorded programme even before it has finished! Technology; incredible isn’t it?

Anyway, The German Grand Prix from Hockenheim wasn’t a classic race but for an F1 fan like me it was well worth watching: Lewis Hamilton won and Nico Rosberg had a penalty but the real joy of watching the race just slightly behind the broadcast time is you can catch up by fast forwarding through the boring stuff from the drivers; “the team did a great job today in qually” and “I’d like to thank the guys back at the factory,” and so on. There is also the questions to the drivers which are well worth fast forwarding through: “You’re in second position on the grid, what can you do today?”
Not much of a record for a TV couch potato but I had big plans for day 2!

Now day 2 promised much more TV watching than day 1. Liz was off to work round about twelve, leaving me time to check my e-mails, sort out a few social media updates plugging blog posts like this one, and then a whole afternoon of serious TV watching.

For starters I had Aliens, the sci-fi movie to watch, recorded from ITV 2 some weeks earlier. I have seen it before but some movies just get better over time. I do love the opening of Aliens: The music gradually fades in as we come across a lifeboat drifting through space. Yes, the lifeboat holds astronaut Ripley, sleeping soundly in suspended animation after her adventures in the previous movie, Alien. Ripley has been abandoned in space for 57 years and it turned out that this version was a director’s cut with a restored back story about Ripley’s daughter who we find has died recently as an old lady. The story gives an added poignancy to the film later on and we understand why Ripley is so passionate about rescuing the young girl ‘newt’ who we meet later in the film.

Time for a cuppa when we get to the adverts and then we follow Ripley through the committee meeting where it is revealed that the spacecraft Nostromo, which Ripley self-destructed, caused a loss of over 64 million adjusted dollars. Another committee member advises that LV426, the planet where the Nostromo landed was ‘a rock’ with no indigenous life forms. I can feel Ripley’s frustration when she says, “Did IQ levels just drop while I was away?” She tries to tell the group about a derelict alien vessel containing alien eggs but the meeting ends and Ripley’s story is not believed.

Now before Liz went to work she had left me a couple of jobs and the thought of them threatens my TV watching marathon so I decide to get them out of the way. One of them involved mowing the lawn so I put Aliens on pause and sorted out the mower and strimmer. I was actually immersed in my mowing when Liz popped back in and caught me doing a bit of grafting! This was great because she could see with her own eyes I’m not just sprawled on the couch watching TV! Result!

Anyway, job done and it’s time for some more TV. I fancy a change from Aliens so I finish off an episode of The Saint I watched part way through last week. A TV Diva is kidnapped but Simon Templar saves the day and rescues the lady. Nice to see these old TV shows from my school years still looking good and getting another airing on TV.

Time for a brew and a cheese sarnie, the Saint episode is deleted (that space on the hard drive is in constant demand!) and I’m ready for something more serious. I crank up a BBC 4 documentary about Frank Sinatra. I was planning to listen to it and simultaneously surf the net on my iPad but it’s so engrossing I have to put the pad down.

Six o’Clock and Liz is home and asking why am I not ready yet? Ready? Of course, we have a family meal planned for tonight. “Just about to get changed, love” I say quickly! (Phew!)

Day three and Liz is off to work at the usual time, twelve-ish. The breakfast pots are duly washed and the only cloud on the horizon is that I need to get some eggs and some milk in. Should I leave it until later or sort it now? Tell you what, time for a quick Saint episode (series record, I love that button on the recorder!) and a cuppa. The episode is one about the Saint receiving threats on his life and it’s a bit of a naff one with the back lot at Elstree or Pinewood trying desperately to look like swinging sixties London and wait a minute, isn’t that lady reporter played by the same lady who played the film actress diva in the last episode? The Saint, the more you watch it increasingly becomes like a little TV repertory company, with increasingly familiar faces, even in the bit parts. Anyway, I fast forward through most of it and then it’s off to the shops for the milk and eggs. 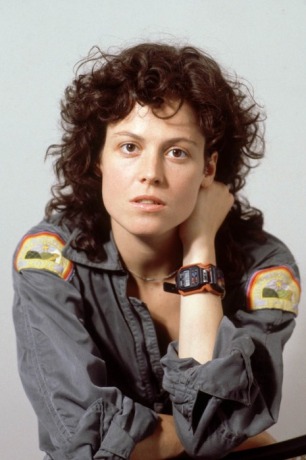 Back home and it’s time for some more Aliens. I don’t know about you but I tend to watch a lot of recorded films in two or more parts. I settle down with Aliens and the Slimy Carter Burke has enticed Ripley on a trip to LV426 with the tough hombres of the Space Marine Chore. They drop into orbit over the planet, now inhabited by terraformers with their atmosphere processors and Ripley, Burke and the marines awake from hibernation. I think for a moment that if LV426 is that far away enough for the crew to hibernate while travelling there, it isn’t that much of an emergency rescue mission but hey, what do I know? Later they arrive on the planet in a pretty exciting drop from the mother craft. The marines secure the area but then find that the Aliens have taken the humans into the atmosphere processor to use their bodies to hatch more of their creatures. Aliens is a sort of hybrid film; a sci-fi horror action movie, combining two or even three genres. The rest of the series was a little poor if you ask me but the first two in the series: Alien and Aliens, are classic cinema. Sigourney Weaver creates a memorable movie character in Ripley, tough and uncompromising, she is a sort of female John McClane. (Remember the Bruce Willis character from Die Hard?)

Anyway, time for the usual afternoon cheese sarnie and a brew and I settle down to watch the end of the Frank Sinatra documentary. I found it highly interesting as the film explored Sinatra’s relationships and associations and shows how the Kennedys dumped him, not wanting to be associated with him when his friendships with mafia figures became public. Later, in the eighties, Sinatra, a lifelong Democrat allied himself with republican Ronald Reagan.

A quick check of my e-mails and some more posts sorted on Twitter and Google+ and time for another cuppa. (Choccy biscuit? Don’t mind if I do!) Time to crank up Aliens again and this time the action heats up as Carter Burke decides Ripley knows too much and he locks her in the med lab with one of the alien parasites. It’s a pretty scary sequence. Ripley gets away but the Aliens are trying to break through into the complex. Why are the radar tracker signs showing the Aliens inside? Look at the roof, people!

Enough scary stuff for today. Liz comes in and asks “Is my dinner ready?” in a tone that suggests she doesn’t think it is. I need to think fast and quickly come up with: “Thought we might go to the Turkish Restaurant darlin’.”  “Well,” she says, “sounds nice, better get ready then.” As I leave to follow her I glance at myself in the mirror and hear myself saying: ‘Top TV couch potato? Steve, you are the man!’

4 responses to “Aliens, Frank Sinatra, and Three Days in the Life of a Couch Potato”