Thanks for tuning in once again and if you’re not a regular reader, thanks for giving me a try. In case regular readers are getting fed up of blogs about motorhomes and travelling in France, swimming in lakes, eating fabulous food, drinking red wine and all that stuff, this week I thought I’d have a change of pace and write about something a little less serious so this week’s blog post is a homage to a similar post I saw out there in cyberspace. It had a similar title, 10 Things I Couldn’t Do Without but those 10 things were so uninteresting I just had to think of 10 of my own ideas. Anyway, let’s get cracking. I found that a lot of my 10 items I had written about before so I’ve added the relevant links to those posts. Feel free to click on them and I definitely won’t mention anything about motorhomes or holidaying in France.

There is nothing that could be more perfect for breakfast than bacon. Throw in a poached egg, a sausage, maybe some black pudding or a hash brown and some tomatoes, a couple of rashers of bacon and there you have it, a wonderful breakfast. If you are perhaps not so hungry or maybe in a rush or on the move, you can still enjoy a bacon sandwich, throw a fried egg on top to make it extra tasty and get yourself a fresh cup of tea. Lovely! On holiday a while ago in France (did I say I wasn’t going to mention our 4 weeks in France? Sorry!) cooking can be a little difficult on our small three burner stove so Liz made us a bacon and egg omelette which was really nice served with French bread, lovely!

I’ve got TV on the list and believe me I love my TV. Just cast your eye over the many TV posts on this blog and you will realise I am a big fan of the old gogglebox so much so that my Dad, may he rest in peace, used to call me square eyes. For younger readers, TV sets tended to be square back in the old black and white days. Having said that on our holidays -like the 4 weeks we’ve just had in France– I didn’t miss TV at all and in fact, only watched it once and that was for the Italian Grand Prix.

That brings me nicely to my next subject, F1 racing. I’ve followed F1 since 1970 and back then I used to read Motor Sport and Autosport and Motoring News. I had a chart on my wall which I used to fill in with the points scored by the drivers and look forward to each new race. These days some 52 years later, I’m perhaps not as keen. I don’t subscribe to the Sky F1 channel though I still look forward to the Channel 4 highlights show on terrestrial TV. I don’t buy F1 magazines anymore but I do subscribe to various F1 fan pages on the internet, all of which I have to mute on a Sunday so I don’t see the race results before I watch the highlights. Hamilton, Verstappen, LeClerc and Alonso don’t quite measure up to the Stewarts and the Mansells and the Sennas of the past but anytime I say to myself that’s it, I’m not watching Formula One anymore, I always find myself reneging on that particular promise. 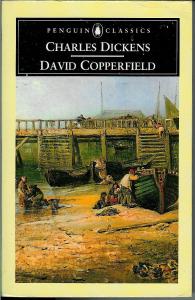 I really couldn’t ever give up reading. A consistent pleasure for me that I’ve enjoyed since childhood is relaxing with a good book. I read all sorts from the classics of literature like David Copperfield and the Great Gatsby (two of my all time favourite reads) to modern fiction. On holiday I found John Grisham’s The Rainmaker highly enjoyable and the great thing about a holiday read is that you have time, the time to savour a really good long read.

I am a bit of a film buff, well, a classic film buff anyway. Anything with stars like Errol Flynn, Clark Gable, James Stewart, Ronald Colman or John Wayne will do it for me. Of course I like modern films too. I love the Bond films as well as the Rocky series and directors like Oliver Stone, Martin Scorsese and Woody Allen.

One indispensable item of modern technology has to be the iPad. On our trip to France (did I mention we just had 4 weeks in France?) one big disaster was just before leaving home I took out my iPad to check something and then put it down on the chair rather than back in the bag. The bag went into the motorhome, the iPad didn’t. Quelle horreur! OK I could check my emails with my phone as well as my social media and stuff but my iPad has all the various apps I use, in particular one that I use with my foreign currency card. Luckily Liz took her spare iPad with her and very kindly lent it to me for the duration of the holiday, so I was able to use that for the sites that I could remember the passwords for. Most of my blog posts I start off on my laptop but tend to fine tune them on the iPad but anyway, I managed to write and publish three blog posts while I was away. I did miss that iPad though.,

That leads me nicely to my laptop. My entire life as a writer is on my laptop. All my original blog posts are there as well as my draft posts, stories, unfinished screenplays and two part finished novels. All my videos are made on my laptop and the great thing about my video editing programs is that when I want to update a video, I can just go back in to the edit file and add new video clips and take out old ones and even add new voiceovers or different music. I do back up my files but even so, if the house was on fire, my laptop would be the one thing I would have to save before jumping out of the window. 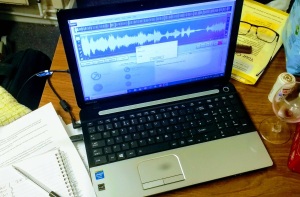 There are some things in life which are essential but don’t rate too highly in terms of enjoyment. One of those, for me anyway, is getting my hair cut. I’ve always hated going to the barber and coming out afterwards feeling itchy with bits of hair down my neck knowing that the same scissors the guy has used on me have been used on the heads of all sorts of other people before me. When I do actually go to the barber (perhaps I should say hair stylist) I always look inside to see if anyone is waiting because I never ever sit and queue to get my hair done. The thing is, it takes about five to ten minutes to trim my hair. I don’t have a lot of it but even so it needs tidying up and it is so annoying to see the guy in front having his hair cut soooo slooowwly and this little bit done and then this bit and then that bit and then the hair dryer comes out. I finally get in the barber’s chair and it’s a quick number 2, square up the neck, trim the sideburns and we’re off, ten minutes max and usually the barber hasn’t even had time to say stuff like ‘have you been anywhere nice for your holidays?’ (Actually I’ve had 4 weeks in France but I’m not going into that right now). Now that entire sorry experience has been almost wiped from my existence. Is there a queue in the barbers? Oh well, off back home, plug in my electric hair trimmers, trim the sideburns, clip on the comb, a quick all over the head, change comb and take all the fuzz off the top and before you can say ‘Nicky Clarke’, the job has been done. Hair trimmers, I love ‘em!

What can I say about mobile phones? They are just the perfect companion in this high tech 21st century world. You can call who you want and in fact, you don’t even need to remember phone numbers, your phone will do it for you. If you want to call your favourite restaurant to book a table and don’t know the number, your phone will look it up. You can message your friends, check social media and ‘check in’ on Facebook when you go somewhere special, even if it’s not that special at all. You can book a hotel or a flight. You can even play a game or listen to music if you’re stuck in a queue at the doctor’s surgery or at the hairdresser’s.

OK, here’s one final item I can’t do without. I started with food so I’ll finish with food too: Bread. What is so special about bread you might ask. Well bread is on this list because I just love bread. Every meal in France comes with a basket of bread (I should know because we’ve just spent 4 weeks there) It’s perfect to mop up that lovely oil or gravy. It’s great for a snack (ham, cheese and coleslaw on granary bread; my favourite sandwich) and it’s really quite satisfying to make; mixing the dough, kneading it, letting it prove and then slipping it into the oven and waiting while that lovely aroma fills the house. It’s also great toasted, just a slice with some butter or margarine is great. Add some marmalade and it’s even better. If you’re having an Italian meal chop some tomatoes and onions, add some olive oil. Brush a slice of granary bread with oil and either pop it in the toaster or on your George Foreman grill then slap it on a plate and top with the tomato and onion mixture. Wonderful.

So what ten things can you not do without?

5 responses to “10 Things I Can’t Live Without”