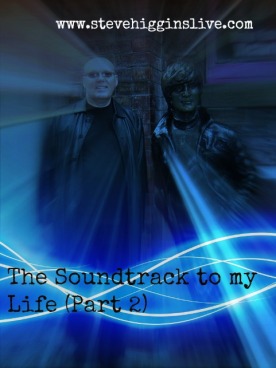 Part 1 of the Soundtrack To My Life, which you can read by clicking here began by me trolling through my old albums. These days I buy a lot of  CD albums but back in my younger days I was a singles man. Yes, those vinyl discs spinning at 45 rpm sent me into a spin too from the very first single I bought in 1973, well it was two together actually, Banks of the Ohio and What is Life, sung by my seventies heart throb, Olivia Newton John.

In a previous post I compiled my all-time top 100 singles. You might think it was hard, well it wasn’t but my original task, that of compiling my all-time top 12 was, which is why I ended up with 100 records, all vying to get into the top 12 slot.
In an idle moment, well, a few hours actually when I had some free time on my hands, I made a rather nerdy spreadsheet of my top 100 which you can download. 100besttracks. Here are a few of my favourite tracks in detail.

The oldest track in my top 100 is Moon River from Andy Williams. I’ve always liked Andy and used to look forward to his TV show when I was a child and there was a rather memorable moment when the song was used in Sex and the City, one of my favourite TV shows, when Mr Big decides to leave New York for his vineyard somewhere in the country.

Olivia Newton-John doesn’t feature in my top 100 but she did do a pretty good version of Gordon Lightfoot’s ‘If You Could Read My Mind’ but I think its only fair to have the original in my top 100.

I do rather like acoustic guitar music and so Peter Sarstedt, James Taylor, Carole King and Bob Dylan are entries from the late sixties. On one of my very first dates I took a girl called Beryl to see the movie Pat Garret and Billy the Kid. I always thought that it featured the Dylan song ‘Lay Lady Lay‘ but it was actually Knocking on Heaven’s Door which was another great Dylan track, anyway, despite the movie mix up on my part, Lay Lady Lay always reminds me of that date.

Two other sixties tracks are Burt Bacharach songs: ‘Do You Know the Way to San Jose?’ and Dusty Springfield with The Look of Love. As a child in the 1960s, I wasn’t really aware of pop music, and all the sixties tracks mentioned here came into my record collection retrospectively but I came to know Burt’s music through the many films that benefited from his songs.

When I first started work in Manchester as a fresh youth of sixteen in 1973, a new colleague told me she was into soul music and I remember wondering what soul music was. I eventually asked her and she couldn’t define the genre except to say that it was dance music which doesn’t really go far enough to explain soul. Anyway, the first soul track I bought was Stevie Wonder’s ‘Boogie on Reggae Woman’. Later I added ‘Superstition’ to my collection.  The Chi Lites and ‘Have You Seen Her’ was another great soul track and  I’ve always loved ‘Midnight Train to Georgia’ by Gladys Knight and the Pips.

In the mid-seventies I used to frequent a bar in Manchester called the Playground and the DJ in the evening, his name was Steve also, used Loves Theme by Barry White’s backing band, Love Unlimited, as his theme song. I can’t hear that single today without remembering that bar with its dance floor sunk low in the floor where drinkers could look down at the dancers and where on weekday lunchtimes, office workers like myself could watch the topless dancer who appeared at 1 pm to entertain the patrons. No wonder I always used to get stuck with the 12 o clock lunch slot!

Angie Baby by Helen Reddy was one of those haunting tracks with clever lyrics. It was released in 1974, the most popular year in my top 100 with nine records from that year. The Hustle by Van McCoy was a disco classic from 1974 but another record I love from that time was ‘How Long’ by a now long defunct group called Ace. The writer and lead singer was Paul Carrack who went on to greater fame with Mike and the Mechanics and as a solo performer. That song  always reminds me of the Salisbury, a pub just by Oxford Rd Station where my colleagues and I used to congregate at lunchtimes or after work.

Young Americans was a track from rock legend David Bowie which made the soul charts in the USA and David Essex sang Rock On looking incredibly cool in his white suit.

Walking in Rhythm was a track I used to dance to in Manchester in the dark and packed night clubs of the seventies.  I also boogied away to Can you Feel the Force, (The Real Thing) September, (Earth Wind and Fire) and Night Fever (The Bee Gees) but another quirky favourite was the Pino Colado song with its wonderful engaging lyrics. While on the subject of Manchester, I must mention that great Manchester band 10cc and their classic 1975 hit, I’m Not In Love, recorded in Stockport’s Strawberry studios.

I’m not a great Cliff Richard fan but in the 80’s he came out with some fabulous songs like Wired for Sound, again with wonderful lyrics.

Billie Jean was my favourite of Michael Jackson’s work and I much prefer it to the overhyped Thriller.

I was still liking the acoustic guitar in the mid-eighties with songs like Marlene on the Wall by Suzanne Vega but a ground breaking record was that of Nineteen by Paul Hardcastle that introduced computers and sampling into music making.

Two songs that were from movies were Into the Groove by Madonna from the film Desperately Seeking Susan and The Power of Love by Huey Lewis and the News featured in Back to the future.

I must stop to mention Bruce Hornsby and the Range from 1986 and ‘The Way it is’. What a great track that is, a major contender for my all-time top 10.

In the late seventies I was a great fan of Elton John, buying all his early albums but my interest in his work fizzled out in the 1980’s. Made in England was a single by Elton that re-acquainted me with his music after twenty or so years.

The newest tracks on my list were from 2002 and 2003. Vanessa Carlton released A Thousand Miles in 2002 and sang backing vocals on a version of Big Yellow taxi in 2003 by Counting Crows. Neither were ever heard from again.

I’m sure there must have been great singles released between 2003 and now but nowadays I don’t rely on radio stations to tell me what to listen to. Radio channels and adverts just don’t go together for me so I tend to favour the BBC and Radio 2 but I must admit to liking Smooth FM and its playlist of non stop classic pop.

After having written this post about my top 100 list compiled a few years ago I reckon it’s time for a 2017 update. The thing is, that might just mean my top 100 is going to become my top 150!

Before I sign off, I think it’s only fair to leave a link to an outstanding post from fellow blogger Dave Kingsbury that inspired me to write this one: https://davekingsbury.wordpress.com/2015/10/09/a-life-in-music/

Hope you liked this post. If you want to read more of my work why not try my book, Floating In Space? Click the links at the top of the page for more information. 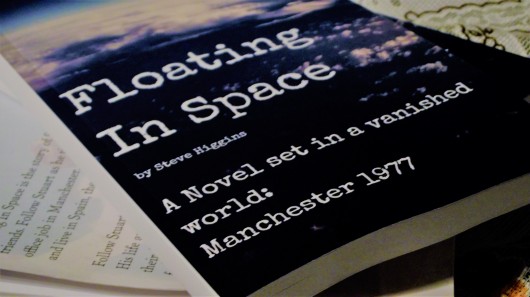 5 responses to “The Soundtrack to my Life (Part 2)”