I have to admit, this isn’t a totally new post. Sometimes I struggle to think of something new and sometimes I have to update some old stuff. As you read this I should be tootling about France in a motorhome, depending of course on how welcome the English are considering the Brexit situation which is why I haven’t had chance to produce something new. Just wondering now about what to write for next week. . .

If you liked this post, why not try my book, Floating in Space? Click the links at the top of the page for more information or here to go to my amazon page!

This is probably my favourite time of the year, spring going in to summer. The weather is getting better and the days are growing longer. In fact on the first of this week’s night shifts I drove to work in the daylight and drove home on a lovely sunny morning. There is something intrinsically good about blue skies and sunshine. It sets off the feel good factor inside and it warms the inner soul.

How has your week been? Mine has been ok, mostly. One upset this week was that my beloved convertible (ok it’s only a Renault Megane but it’s still a convertible) was hit by a council wagon backing up in the car park where I had left my car. The council guy drove off but happily one of the neighbours over the road saw everything and jotted down the offending vehicle’s details. Happily, Manchester City Council admitted it was their fault and as you read this my lovely car has been towed away for the fitting of a new bumper. It’s great to have a convertible at this time of the year. Who needs air-con? Just take the roof off!

Just lately I’ve been doing a lot of bike riding on my rather old and rusty bike and it made me start to think about getting a newer model. Not a brand spanking new one but something just a little newer and nicer to ride. Numerous attempts to buy one on eBay failed miserably so I was forced to enlist Liz, a much more expert eBay buyer than me. She found me a nice second hand bike with 18 gears and pounced at the last minute to bring home the goods!

Since then I’ve had a few trial rides on my new bike and have even attached my trusty action cam but my new video projects have been crushed by that old movie issue –continuity! Yes, I had tried to update and improve on an earlier project by matching some older shots riding my old and rusty blue bike with shots of my new gold bike and shots wearing a blue top with shots of me wearing a hi vis vest. Oh well, back to the editing desk for that video!

The other day Liz and I went to a garage sale at a house round the corner and what was quite interesting was that the owner, a fellow of a similar age to me, had a large number of CD’s that I also have including one of my all-time favourite albums, Jeff Wayne’s War of the Worlds. Looking at the items for sale, quite a few of which I bought, were all sorts of things that I either like or also have. He and I seemed to have similar likes and interests. I bought a couple of his videos and he also had for sale the very same action cam that I use frequently as I have mentioned above, strapped to various parts of my bike.

I bought that one for a few pounds thinking that now, instead of doing separate runs for each new camera position, I can set up two action cams filming simultaneously! Steven Speilberg, eat your heart out!

Looking back, bumping into someone with similar likes to me wasn’t so strange at all. I mean, if people didn’t have similarities and shared ideas and experiences, human beings would have no connection to each other at all.

I remember once on a dull night shift I decided to compile a list of my top 20 favourite singles but it expanded and expanded until it became my top 100. I showed it to Andy and he began compiling his own version. We compared notes and found that there was so much music that we both liked that our compilations overlapped in so many area. There were, of course, some areas of music that Andy liked which didn’t appeal to me but there was much more that we had in common. Andy though had quite a few artists and songs on his list that I had never heard of and as we talked and pulled out more and more tracks from our memory banks, I became desperate for something that I liked but would be new to him and so I started racking my brains for something he would never have heard of.

After a few moments I remembered an artist so obscure that Andy would never have heard of in a month of Sundays.’ Andy,’ I told him. ‘I’ve got one record that I really don’t think you’ll know. It’s by a Japanese percussionist.’

Andy thought for a moment and said ‘you don’t mean Stomu Yamashta!’

Andy and I both roared with laughter. It’s not totally inconceivable that two middle aged men with similar likes should both have bought albums by the same obscure artist decades ago but the idea filled us both with a merriment so extreme we just howled with laughter. I remember one of our team mates coming over and asking what the joke was. When we had recovered sufficiently to tell her she looked back at us blankly and went back to her desk. Clearly she thought we were both bonkers.

No, we weren’t bonkers, just two middle aged men rejoicing in personal connections and a shared love of music. Wonder if Andy goes cycling with an action cam attached to his bike?

If you liked this post, why not try my book, Floating in Space? Click the links at the top of the page for more information or click here for my amazon page.

I have to admit, this isn’t a totally new post. It’s one I’ve used before but this version has had a major update. OK, don’t start giving me stick. Week after week I produce new content, all of it reasonably interesting I think, well at least to me. So I think I’m entitled to a week off and an easy blog post. After all, I’m a busy guy, I’ve got stuff to do that involves things like drinking, dining out, meeting friends in the pub, cycling and things like that. Occasionally, and I do mean occasionally, I might have to update an old post because I don’t have the time to make a new one.  Anyway, I read a blog a while ago about ‘curated’ content. Ever heard of it? Basically it’s about copying some else’s post but then linking your post to their original one. It’s sort of like stealing someone else’s work but saying, here’s the original so I didn’t really steal it! In this case the original was my work anyway so I’m doubly in the clear!
Interesting idea. Anyway, here’s my updated post.

If you liked this post, why not try my book, Floating in Space? Click the links at the top of the page for more information or here to go to my amazon page! 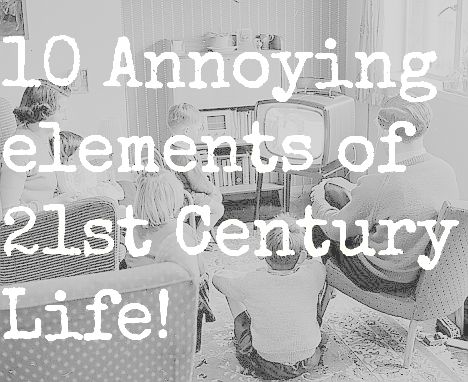 Anyway, if you liked this post, why not try my book: 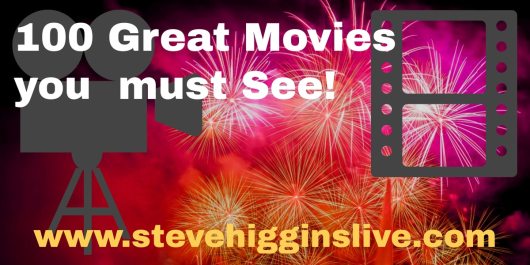 I really do love movies. Well, my movies, my own personal favourite movies and I don’t always care for other people’s movies. I tend to like classic movies rather than modern ones, not that I’m denigrating modern film. Anyway, I started off trying to work out my top 10 and ended up with, well, a hundred!

Yes, I can also tell you that because of the list maniac that I am, I decided to make the list into a spreadsheet which is great because I can sort the data and throw certain things back at myself, or in this case, at you, the reader. Here are a few examples; A Number of directors had multiple entries, people like Oliver Stone, Michael Curtiz, Martin Scorcese, John Ford, and David Lean (all with three entries.) My top two directors came out as Woody Allen and Stanley Kubrick each with five entries. Woody Allen, Robert Redford and Humphrey Bogart were my favourite leading men and Liz Taylor and Mia Farrow my favourite leading ladies. My favourite years for movies appears to be 1946 with four favourite films and 1956 with five. Anyway, the complete list is below, in no particular order:

Hope you enjoyed the list. What are your personal favourites?

If you liked this post, why not try my book? More details on the ‘Floating In Space’ link above.

OK, it’s a bit flippant but hey, we all love music and here are my top 50 favourite tracks of all time. Check them out or download the very nerdy excel file here: 100besttracks